Leadership Teams are democratically elected groups of pupils who represent their peers and provide children with opportunities to become partners in their own education, making a positive contribution to the school environment and ethos.

At Shoreham Village School, elections are held during the first term of the new academic year.  Following a class discussion with the teacher on the role of the council, children are invited to put themselves forward for nomination and give a short presentation to their class. The children then vote for their chosen girl or boy.

The children are encouraged to be involved with the running of their school and any issues they wish to raise or suggestions they wish to make are considered by the PLT and appropriate action is taken. This gives the children a feeling of ownership as they know their views are valued, discussed and acted upon.

Why we have a Pupil Leadership Team

Projects inspired by the views of our Pupil Leadership Team

The Pupil Leadership Team identified that pupils were keen to have new and more modern books in our class libraries.  Mrs Lovatt-Young applied for a grant from the Siobhan Down trust and we were awarded a £250 fund to buy books.  The PTA then added in another £250 and parents raised another £350.  We then had a Zoom meeting with Sevenoaks Bookshop to choose the books. 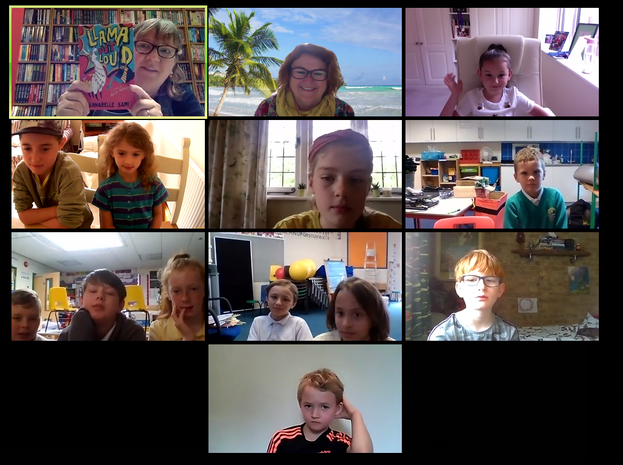 Our pupils wished to find out what Pupil Leaders in other schools were doing and also decided they would like to have a cross-school competition or project.  For the past two years we have hosted Pupil Leadership team meetings for pupils from six local schools.  The Chairs and Vice-Chairs from each school meet three times a year, share their actions and successes, plan a project and deliver the project across all schools.  This year the Leaders are choosing between a painted rock/school values idea and a lego school model idea.

The children asked if they could raise funds for our partner school in Tanzania by making crafts to sell on a stall at the Christmas Bazaar.  Our Chair designed and made a range of crafts and then taught the other pupil show to replicate them.   They sold the crafts along with items from Tanzania and raised over £100.

This year, the Pupil Leadership Team have been responsible for helping to choose some large pieces of play equipment that will be installed on the field over the Easter holidays. They were given a budget by Mrs Lovatt-Young, chose nine pieces of equipment and then asked all pupils to vote on their favourites out of the nine pieces chosen.

Last year, the children wanted to improve the playground toys that were available and also to encourage everyone to cycle to school.  They held a sponsored wheeled event and raised over £850 which was match-funded by the school and used to buy equipment chosen by the children which included: an outdoor table tennis table, dolls and prams, a giant chess set and connect four, duplo, lego...and much more.

One suggestion made by a pupil and put in the Suggestions Box was to hold a Table Top sale in January so that children to sell toys no longer wanted (after Christmas) and that 50% of the money raised could be donated towards our Tanzania fundraising.  £45 was raised from this event.

The children were keen to extend the opportunities for club activities at lunchtime and offered to set up and run clubs for pupils throughout the school.  They created a questionnaire to seek the views of all pupils on which clubs would be popular and then voted for Year 6 pupils to run the clubs.  Over the past two years clubs choices have been: Football, Running, Lego, Film and Street Dance and have proved to be very popular.

The children felt that litter on the playground was an issue.  They spoke to the whole school in an Assembly they had prepared and set up a poster campaign to raise awareness of the issue.  They raised funds to buy new, attractive bins and were delighted that their actions had an immediate and long-lasting impact on the behaviours of pupils and their school environment.

Toys for The Gambia

The children heard about a local lady who works for an organisation that collects items to ship out to The Gambia.  They emailed her to ask what was needed and she suggested that toys could be donated.  The children created posters, wrote to parents and led an assembly on what toys were wanted.  They collected the toys, checked the condition and arranged for the lady to lead an assembly when she came to take the toys away.  When she came, she brought ten Year 6 pupils from the school she works in and they demonstrated African drumming and talked about what they had done for children in The Gambia.

Last year, the children asked if we could hold a school Bake-off competition and then have a Sevenoaks Partnership event with the finalists from each school.  Rosemary Schrager, the TV Chef, judged the finals and our pupil shad a great deal of fun making and eating the entries.

Unfortunately not the ones with chocolate chips.

Some cookies are necessary in order to make this website function correctly. These are set by default and whilst you can block or delete them by changing your browser settings, some functionality such as being able to log in to the website will not work if you do this. The necessary cookies set on this website are as follows:

Cookies that are not necessary to make the website work, but which enable additional functionality, can also be set. By default these cookies are disabled, but you can choose to enable them below: